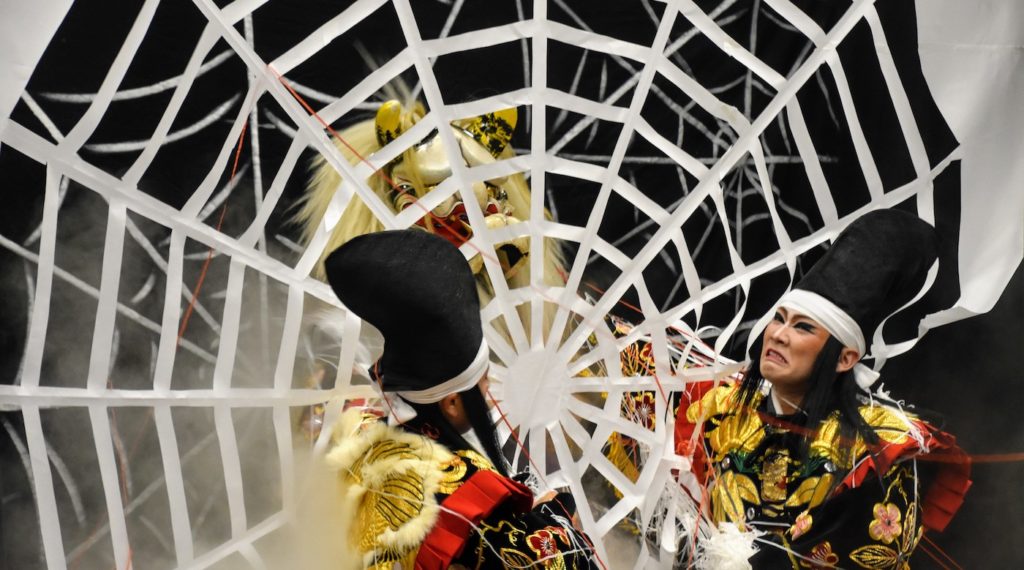 Long-time kagura fan Matt Mangham writes about finally getting to understand exactly what was going on on stage thanks to the English Kagura Experience on GetHiroshima.

It took a year or two of living in Hiroshima to acquire a taste for the frenzied, slightly garish spectacle of kagura, but once the spell was cast there was, happily, no chance of breaking it. But despite having watched kagura dozens of times, at shrines, on downtown corners, or in the middle of fields deep in the countryside, I really know very little about it. I know there are various traditional performing arts practiced around the country under the name of kagura, and that the Iwami style practiced in this part of Japan has gained a nationwide following for its accessible, exuberant energy. I’d picked up the main plotlines for three or four of the most common plays. And for years, that was as far as my understanding had progressed.

So it was a real treat to be offered the chance to see kagura performed with the addition of a pre-performance English-language explanation of the story and some of its historical underpinning, subtitles for the Japanese throughout, followed by a question and answer session and the opportunity to talk directly to the players through an interpreter.