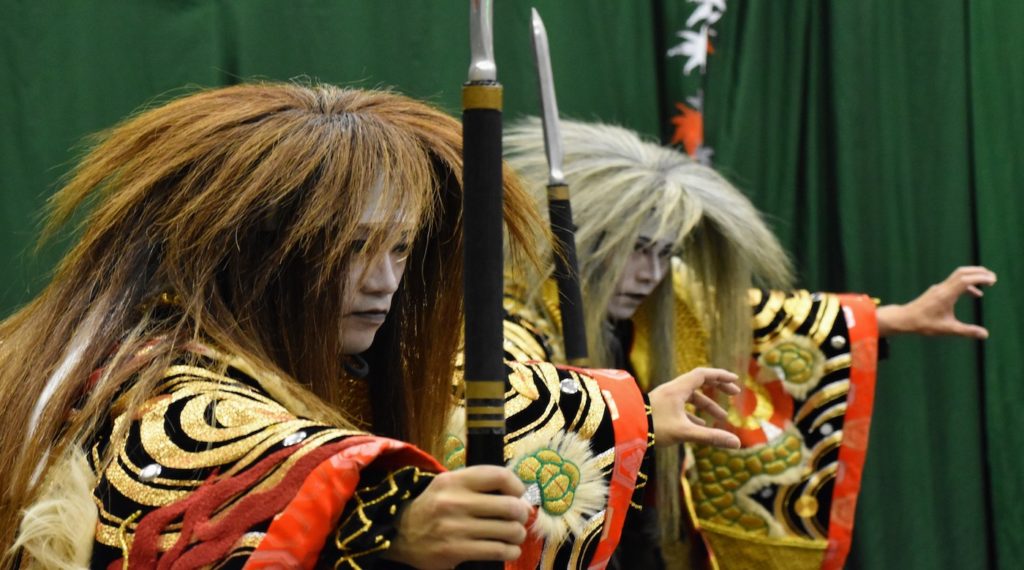 The Ootsuka Kagura Troupe from the kagura heartland of Kita Hiroshima came down to the city for the An Evening of Kagura English Kagura Experience at the Prefectural Art Museum on May 27. They gave a spirited performance of the medieval tale of sorcery and revenge Takiyasha-hime (Princess Takiyasha) to a group of about 30 overseas visitors. Takiyasha-hime is one of the most popular plays in the kagura canon. The young Satsuki turns to sorcery in order to take on the persona of the fearsome Takiyasha-hime, in an, ultimately unsuccessful, attempt to avenge the death of her father at the hands of the forces of the emperor. 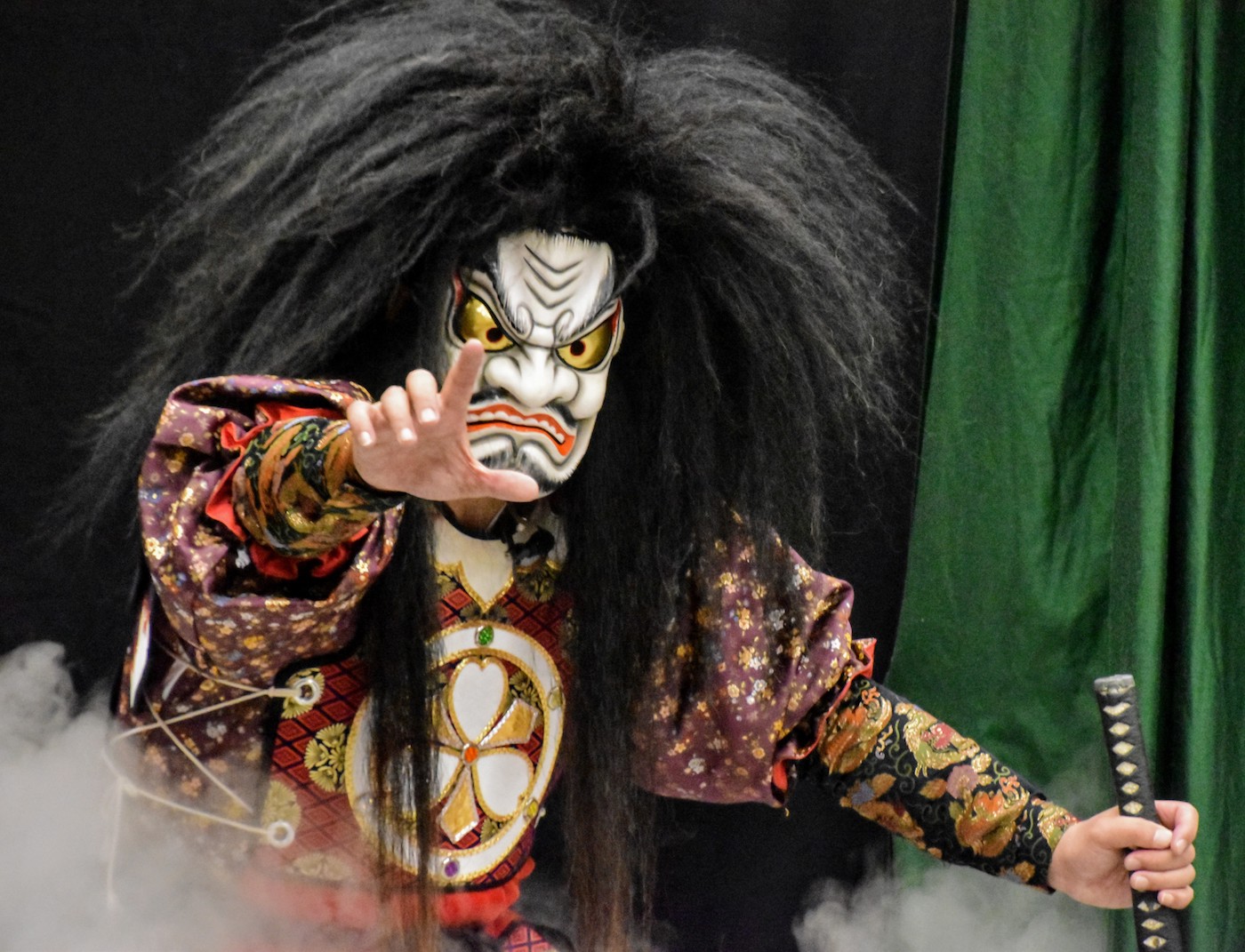 The Ootsuka Troupe’s decision to open, on this occasion, with the dramatic slaying of Satsuki’s father, Masakado, served well to set the scene for those unacquainted with the Japanese folk tale. After a series of dizzyingly whirling battles between the rebel forces and the government’s warriors, Takiyasha-hime is stripped of her powers and is despatched without mercy. 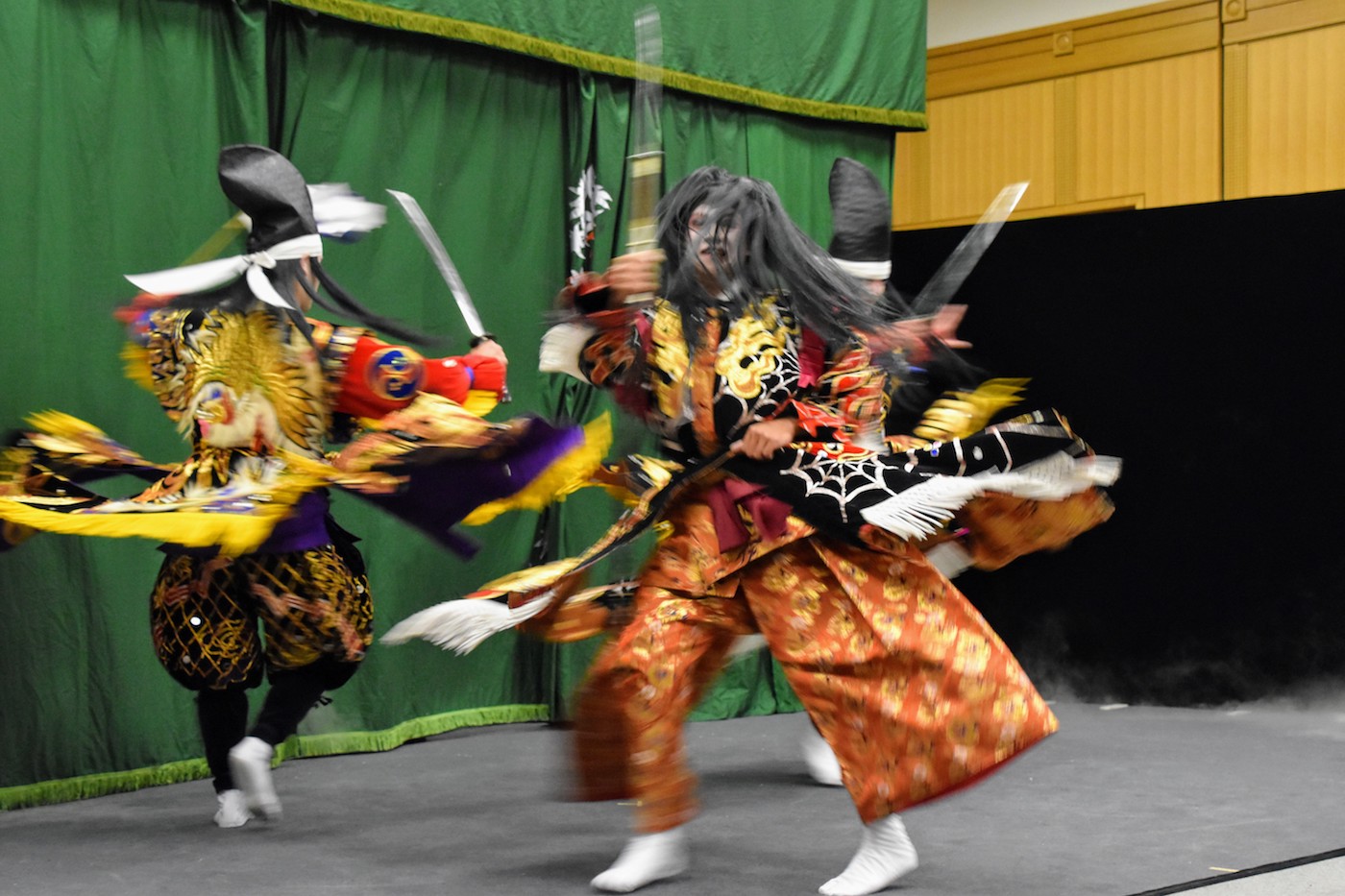 The energy of the players was matched by the performance of the musicians, led by the dan-cho troupe leader, occasionally standing as he whooped and shouted, pounding out the rhythm on the large Japanese drum all the while. 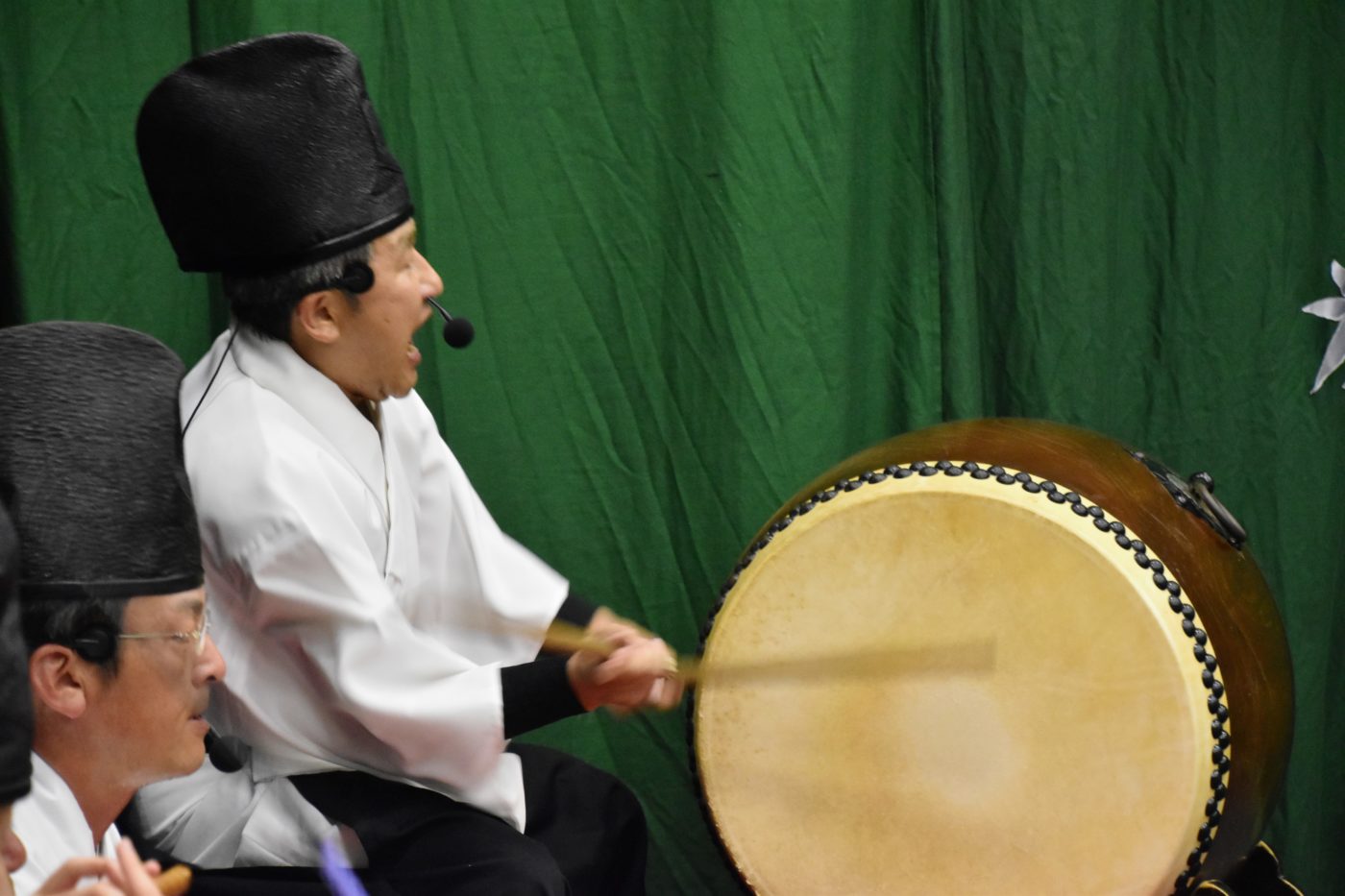 The appreciation of the audience was evident in their applause and in their comments and questions during the Q&A when they had the chance to quiz the troupe with the aid of interpreters. 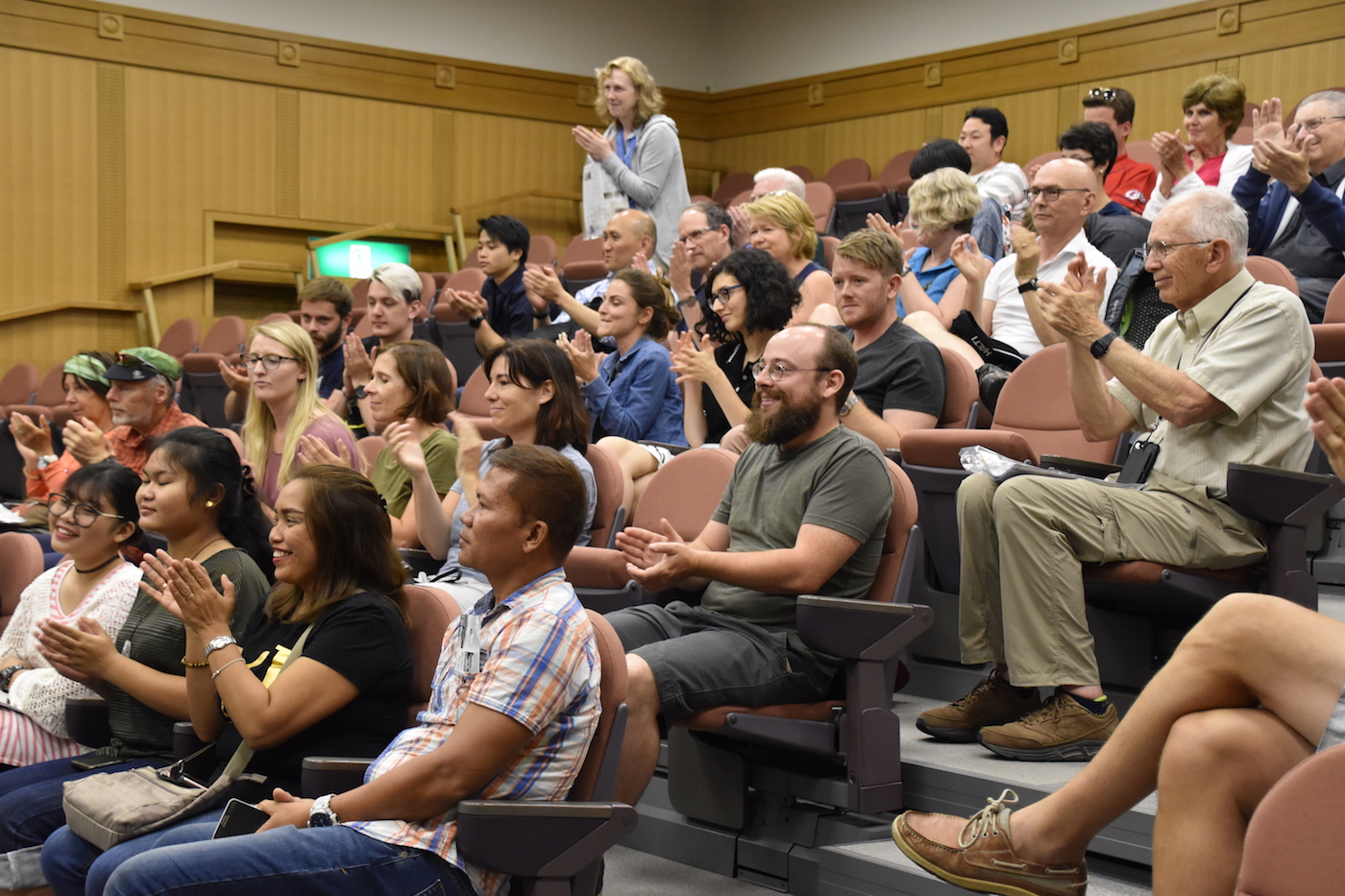 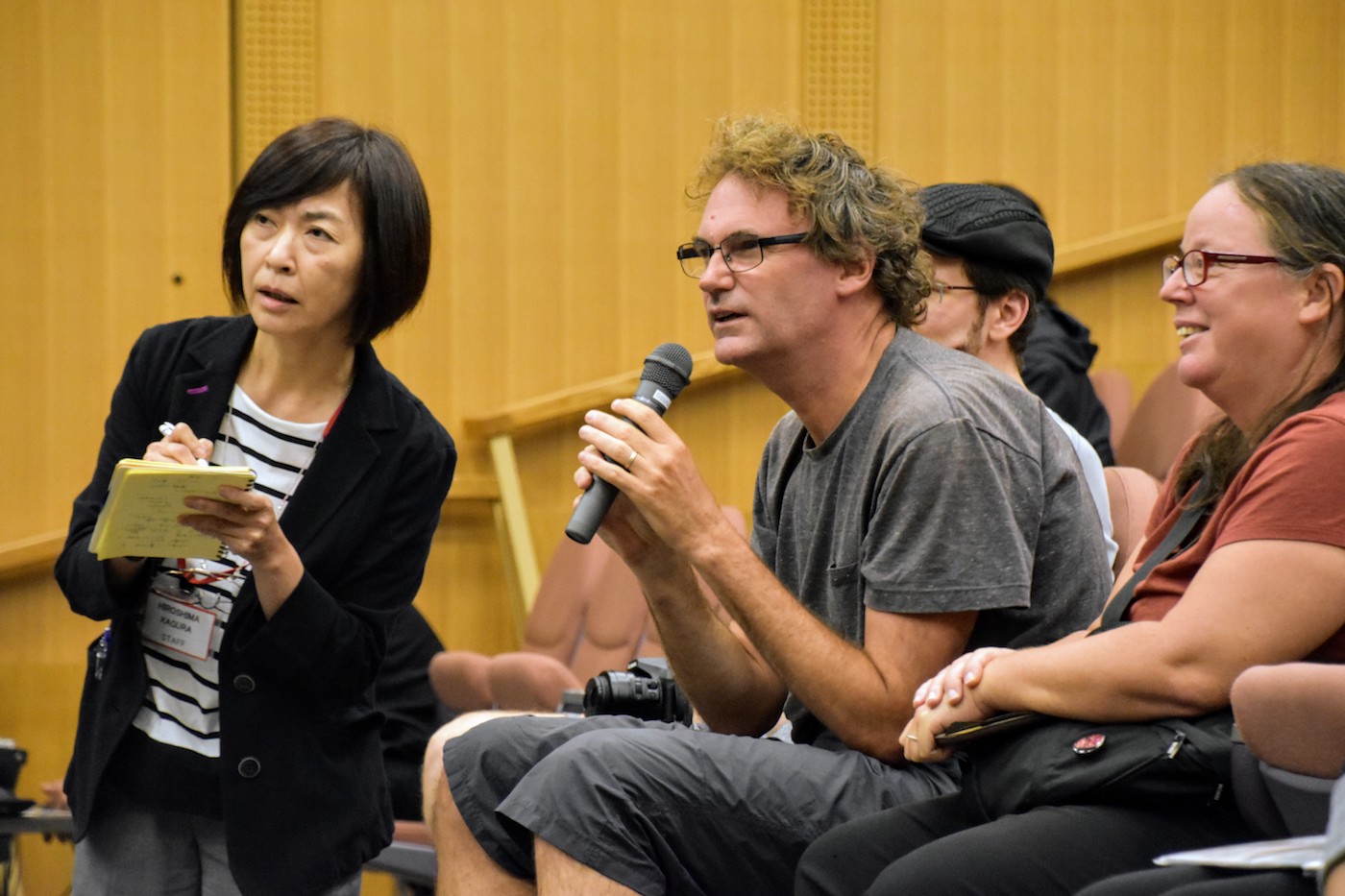 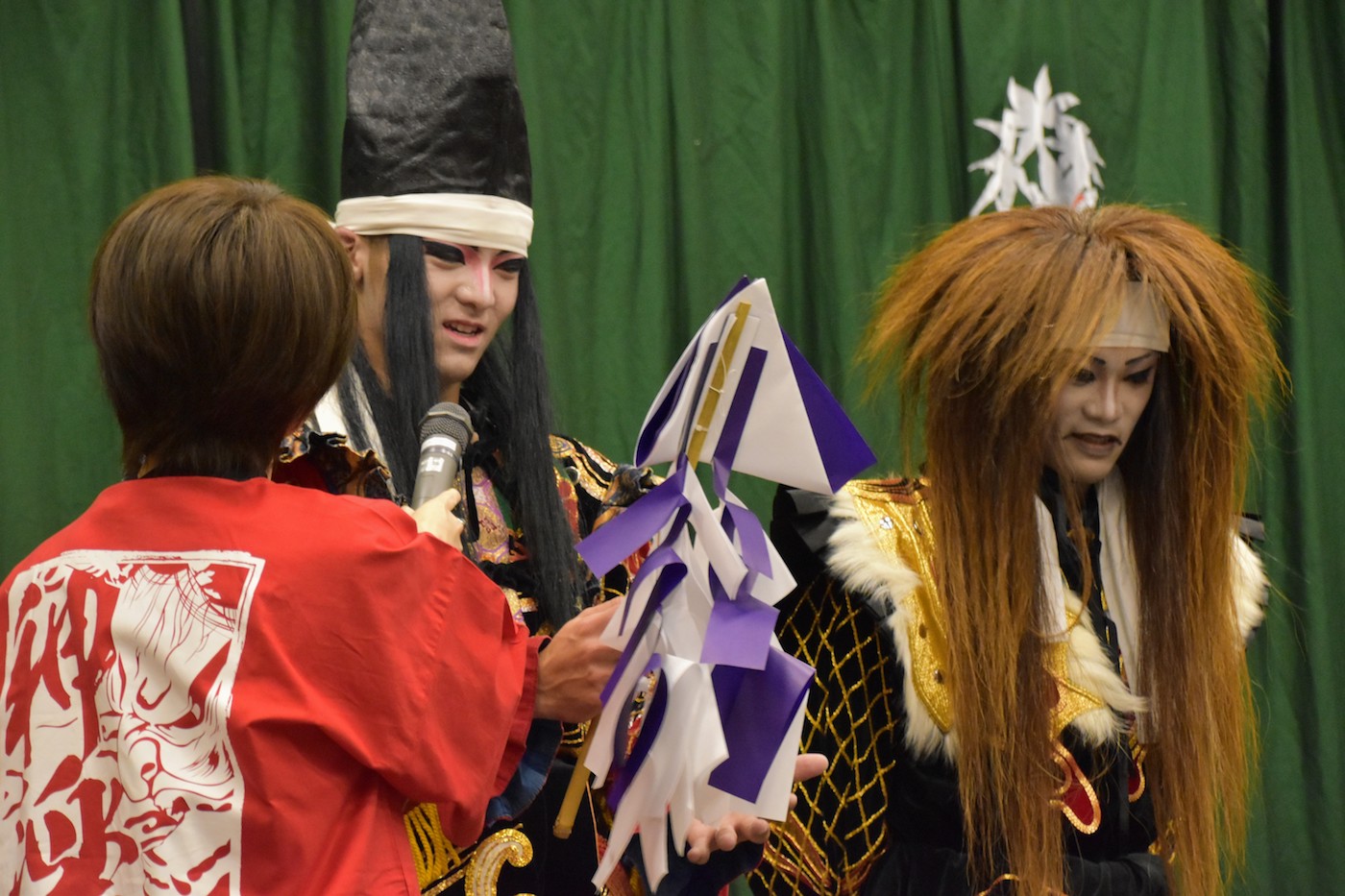 We were even treated to an off-the-record demonstration of the secrets behind the lightning fast costume changes (that occur, literally, in the blink of an eye) that kagura in this region is famous for. Finally, every one got to try on the costumes as substantial as they are gorgeous (some weighing up to 20kg).

One elderly lady on a tour caught the show on her final night in Japan.

It’s great I really enjoyed it, very enthusiastic. I’ve never seen anything like it.

One young visitor from Canada, who had read about the event on GetHiroshima.com, was keen to see the show having happened upon a Hiroshima Kagura troupe performing elsewhere in Japan several months ago.

This was a little better and far more intimate. Having the English explanation really helped in understanding what was going on.

An Evening of Kagura continues through to November check here for the latest schedule.